Down two cylinders but up on power 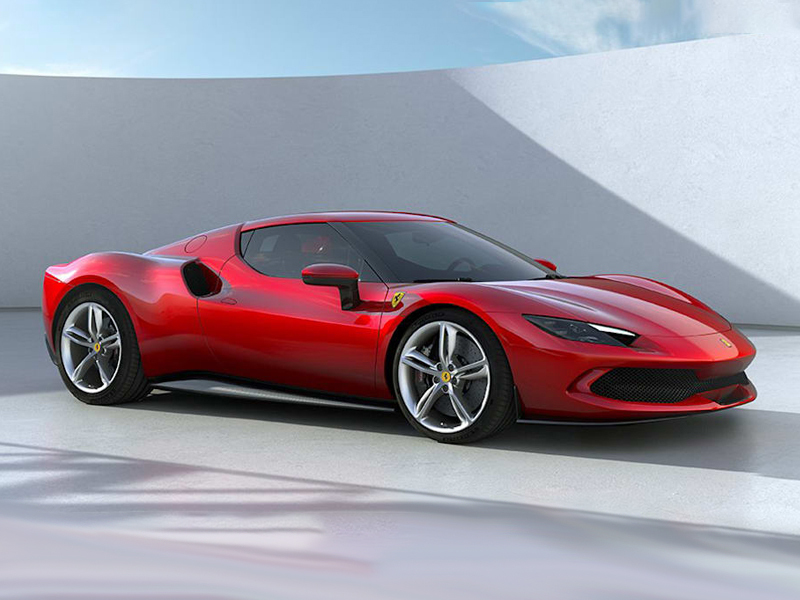 There's no question the 296 GTB will be one of the best performing cars today.

When it comes to "entry-level" sports cars, Ferrari introduces one every few years, and each one is positively scintillating. The new 296 GTB slots in below the 710 horsepower F8 Tributo, and this time the powertrain is a V6 hybrid. That's a big move considering the world hasn't seen a V6 slotted into a prancing horse since the Dino back in the early 1960s. Just because it's down two cylinders isn't reason to balk because it uses hybrid power to take it all the way to an astounding 819 horses.

All that hp and torque gets delivered to the rear wheels via an eight-speed dual-clutch automatic transmission. The 296 GTB will hit 62 mph in a scant 2.9 seconds and 124 mph in 7.3 seconds. The car's top speed is 205 mph. Driving solely on electric power, the 296 GTB can go a maximum of 15.5 miles without the V6. Daily commuter, anyone?

In terms of the look, it's a bit more muted, taking cues from both the F8 Tributo and the slinky Ferrari Roma GT car. The result is a long and lean but still muscular mid-engined sports car. There are big vents in the front to cool the brakes, as well as side intakes to feed the turbos for the visible powertrain behind the seats.

Gone are the round taillamps Ferrari was known for a couple of generations ago, and there's a big twin exhaust port that exits in the middle of the rear fascia, which is also punctuated by the huge functional diffuser. There's a big spoiler that tastefully connects the taillamps and terminates at the tapering ledge of the rear engine cover where you can see the V6 and turbos in all their glory.

Ferrari will also build a more focused version of the 296 GTB, and it will be known as the Assetto Fiorano after the test track on which their cars run. The car will drop some weight, get an upgraded suspension, and there's sure to be some aesthetic changes (namely stripes along the hood and roof) to signify its higher performance leanings.

The interior looks sporty and functional with displays for both driver and passenger (more driving stats than infotainment), and those big sporty bucket seats will help keep occupants in place when taking apexes at inhuman speeds. While it's not exactly a gorgeous interior like, say Pagani, it's all purpose-driven. The 296 GTB should be available for sale sometime in 2022, so start selling that Bitcoin.