It will blow the doors off just about anything 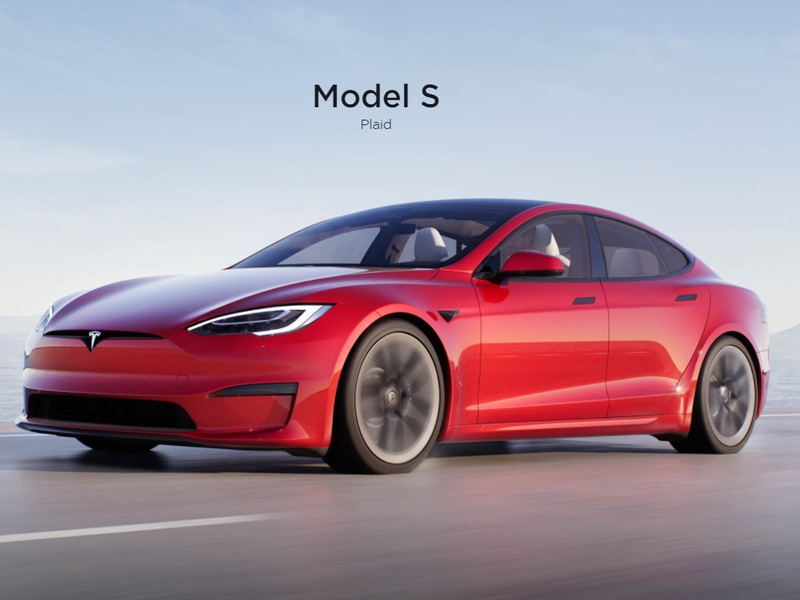 Elon has outdone himself with this monster.

Everyone knows Teslas are quick, but Elon Musk just pulled the covers back on its most powerful Model S to date, and it's known as the Model S Plaid. Although we're not sure about the rather pedestrian name, it's hard to deny how mindblowing its performance statistics are. While it doesn't really look much different from the already attractive Model S, it's what's underneath that makes all the difference.

Elon Musk's reveal yesterday unveiled all the important details. Musk stated, "with Plaid we’ve managed to break the 2-second barrier." He went on to mention the Model S Plaid seats five and has four doors, a paradox he called “limited physics engineering.” His upcoming Tesla Roadster will be quicker, but it will only seat four (and tightly, at that) and will have two doors.

Here are the insane statistics for the Model S Plaid:

Musk claims it will out-accelerate any Porsche and will be safer than Volvo cars. He stated, "our aspiration for this car — it still has to be tested by the U.S. government — we think we can get to the lowest probability of injury of any car.” It is, he said, “faster than any sports car, any Porsche, safer than any Volvo. In the same car.” Those are bold claims, and we can only wait to see if these hold true.

The interior of the Model S Plaid is very minimalist and purposefully so. Musk said of the small yoke steering wheel "you can basically see the mind's eye of the car." Visibility of the instrumentation is untrammeled, and the steering wheel controls eliminate obtrusive stalks for turn signals, wipers, etc. Think F1 steering wheel.

The rest of the interior is quite beautiful with matte wood, a massive 17" cinematic screen for the front occupants and a smaller rear touchscreen. Entertainment and gaming are available for both rows, and the refresh rate has been improved. The back outboard seats look about as nice as the front seats. There's also room for a middle passenger, but that person won't' get the same comfort level as in the outboard positions. Legroom is huge, as well.

It also has dual inductive chargers, so everyone can charge his/her phone without feeling neglected. The S Plaid also has a 36-watt USB-C power supply, a new premium sound system, and quieter acoustic glass that keep road and wind noise hushed (the engine is, essentially, silent).

The Model S Plaid is on sale now, and it will cost you a healthy $129,990, significantly more than the $79,990 price for a long-range Model S. See the reveal video below from last night.