Even With a Price Bump, the Chevrolet Corvette Continues to Be a Supercar Bargain 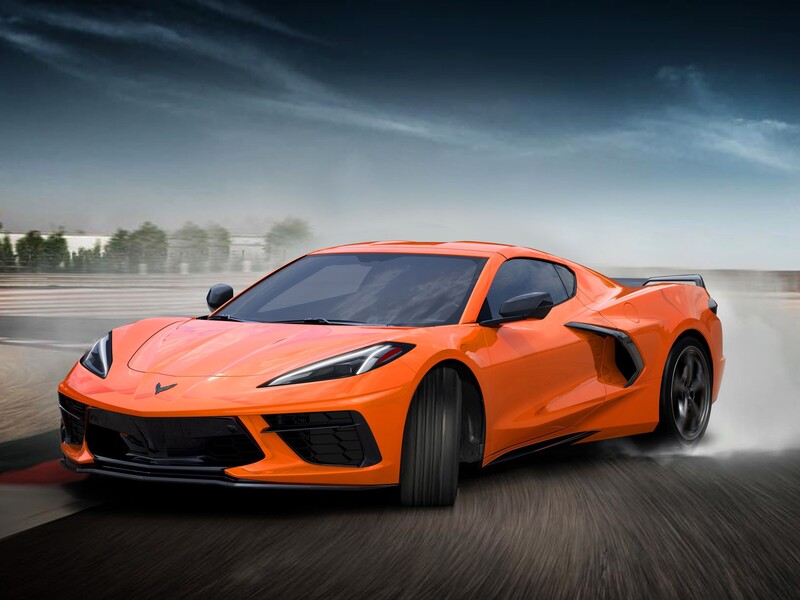 Can they rename it Smokey Drift Orange?

The C8 Corvette is a marvel with its affordable price, insane power, easy driving, and exotic looks. For the 2022 model year, it gets some changes that might not be noticeable to the average human (except for the new paint colors, which we'll get into later. Not much in terms of performance and styling has changed with the 2022 Corvette Stingray, which will enter its third year of production for the mid-engined C8 generation, but there are some noteworthy improvements and additions.

It's hard to overstate the significance of this car. First of all, it marks the first time a production Corvette has its engine behind the seats instead of under the hood. Second, it departs significantly from the C7 in terms of its overall looks. Third, the cabin is so unique and well-appointed that it's perhaps the first time the Corvette has the interior it deserves, especially in higher trim levels like the 3LT and its two-tone Nappa leather and custom Bose sound system.

We loved our time behind the wheel of the Corvette. What a blast.

Although the power output for the Stingray's 6.2-liter small block V8 remains the same, some important changes have been made. The fuel injection system runs at a higher pressure for 2022, which results in improved idle stability and reduced emissions. This might not seem like a big achievement, but no power has been lost, and the engine is now smoother and more efficient. The Corvette also gets an “enhanced” Active Fuel Management range that deactivate cylinders over a broader range of rpms and in even in lower gears, which should improve fuel economy.

The Stingray still makes 490 horsepower in base trim and 495 horsepower with the performance exhaust from the Z51 package. The 0-60 is still 2.9 seconds (wow!) for the Z51, which is really astounding for a car that costs way less than six figures. Hell, it's not even a ZR1, and it'll blow the doors off most cars costing twice as much.

In terms of changes to the looks, the design remains the same (no mid-cycle refresh, yet), but the Corvette gets three new paint colors. The first one is Amplify Orange Tintcoat (in the lead image), as well as Hypersonic Gray (a ceramic-like color) and an interesting Caffeine brown, which we didn't see coming. The 2021 paint colors also carry over: Arctic White, Black, Torch Red, Ceramic Matrix Gray Metallic, Elkhart Lake Blue Metallic, Silver Flare Metallic, and the premium Accelerate Yellow Metallic, Rapid Blue, and Red Mist Metallic Tintcoat.

Additional aero bits get added as optional equipment: a new low-profile rear spoiler and a new front splitter. These two items will be available as add ons for non-Z51 Corvettes, a nice option for those who don't want to pony up for the $5,995 for the Z51 Performance Package.