Let's hope they don't do this with the Camry 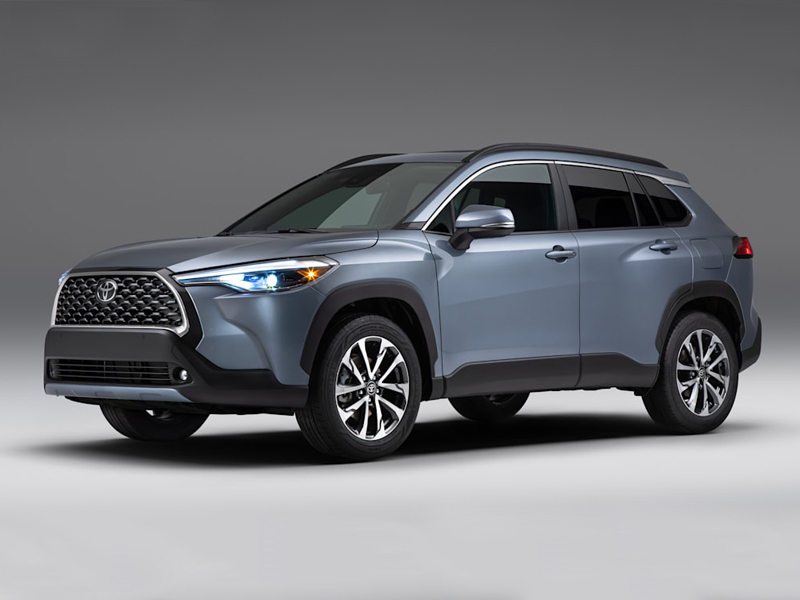 We didn't exactly need more evidence that Americans are gluttons for crossovers and SUVs since carmakers have done away with great sedans and station wagons, but Toyota just turned their venerable Corolla compact sedan and hatchback into a freakin' crossover. What's more, they've given it an ingenious name: the Corolla Cross. As if we needed another compact crossover, right? Well, Toyota saw a gap in their lineup and moved to fill it.

The Corolla Cross slots in between the odd C-HR and the world's best-selling passenger vehicle, the RAV4. We weren't really sure anyone was shopping for something in that niche size range, but we've been wrong before. The Corolla Cross kinda looks like a Corolla, but since it's on stilts, it departs from its lower-riding brethren in terms of its overall styling.

First of all, the grille and headlights are completely different. Instead of the Corolla's thin upper grille and larger mesh lower grille, the Corolla Cross gets a large downturned grille and different shaped headlights. The vertical face is also larger to accommodate the taller ride, which has 3 more inches of clearance than the standard Corolla. In terms of exterior dimensions, it's 3.6 inches longer, 1.4 inches wider, and 7.7 inches taller than the Corolla Hatchback. Thankfully, the interior room increases a bit for front and rear passengers, and there's also a little bit more cargo space. The Corolla Cross can also tow 1,500 pounds.

The rest of the vehicle departs significantly from the Corolla. Its rugged-ish body has creases above the fenders, contrasting black trim on the fenders, rocker panels, and front and rear lower fascias. Overall, we'd say it's a handsome crossover, albeit not very unique in the space. There's some of the RAV4's look built into the Corolla Cross, and that's a good thing.

The Cross gets powered by a single engine, a naturally-aspirated 2.0-liter four-cylinder engine that's good for 169 horsepower and 150 lb-ft of torque, and it's mated to a CVT.  It's more powerful than the base 1.8-liter four-cylinder that churns out 139 horses. You can get standard front-wheel drive or optional all-wheel drive in the Corolla Cross, which is an option not available for the Corolla sedan and hatchback. It might not be very exciting, but it is an important selling point for the model.

It will be available in three trim levels, L, LE, and the more upscale XLE. The 2022 Toyota Corolla Cross will show up at dealerships in 2021, but we don't have a specific month. In terms of pricing, expect it to slot between the aforementioned C-HR ($21,595 base MSRP) and RAV4 ($26,250 base MSRP). Its main competitors will be the refreshed Jeep Compass, Subaru Crosstrek, Kia Sportage, and the upcoming 2022 Volkswagen Taos. Pretty soon, it's going to be tough to remember all these crossover names, even for us.