Toyota Teases the 2022 Tundra Pickup Truck Before Its Official Debut

A small taste of a big thing for Toyota 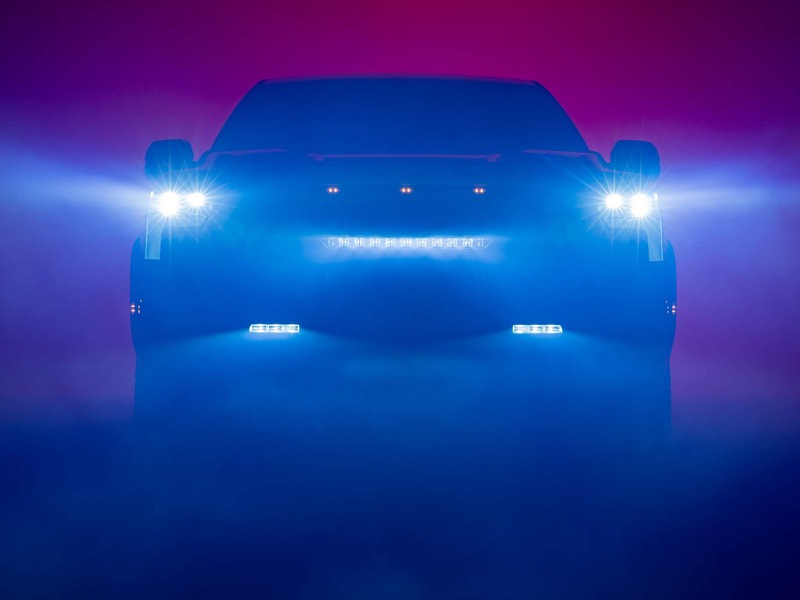 The current Toyota Tundra pickup truck is as old as the hills. It was last redesigned back in 2014, which is an absolute eternity in the automotive industry. While it's still a tough, reliable pickup, it's way, way overdue for a redesign. Toyota just dropped a teaser image of the upcoming 2022 Tundra, and it looks menacing enough based on the single photo. It's supposedly coming to showrooms in December of 2021 as a 2022 model, and this is what we can tell so far.

We can only see some aspects of the front end. Of course, the lights are the most noticeable aspect of the teaser image. You can see the new headlight signature, a sort of T-shaped unit that replaces the amorphous trapezoidal shape on the current truck. They look like LED project headlamps, and there are also LED foglights in the lower fascia and a light bar in the grille. The hood shows more aggressive creasing with hood bulges at the outboard ends versus in the middle like the current truck.

The front end will be squared off and tall like the current Tundra but we expect the front fascia of the Tundra to be bolder than before to keep up with offerings from Ford, Chevy, Ram, and Nissan.

This rendering seems to capture some of the light signatures from the teaser, but it uses the old Tundra body (image: Carsbite).

There's no information about what will be under the hood of the new Tundra, but we expect a base V6, a V8, and possibly a hybrid with a turbocharged V6 and electric power. This would pit it against the new Ford F-150 PowerBoost hybrid. What's certain to be true is that the Tundra will have to make big advances from the current, rather dated truck in order to keep up with the competition. It will have to possess much-improved tech, utility, and power.

The current truck has only a V8 with 381 horsepower and some rather paltry gas mileage figures (13 city / 17 highway / 14 combined), which should be improved in the new truck, especially with the hybrid powertrain. The new truck should also get slight improvements in towing and payload capacity (currently 10,200 lbs of towing and 1,730 lbs payload).

We'll share details on the reveal date and specifications as they become available. We're excited to see what Toyota will bring to the table in the light-duty truck department in order to be competitive again.

A used Toyota Tundra still makes for a great truck that will last for years. Read our full review below: