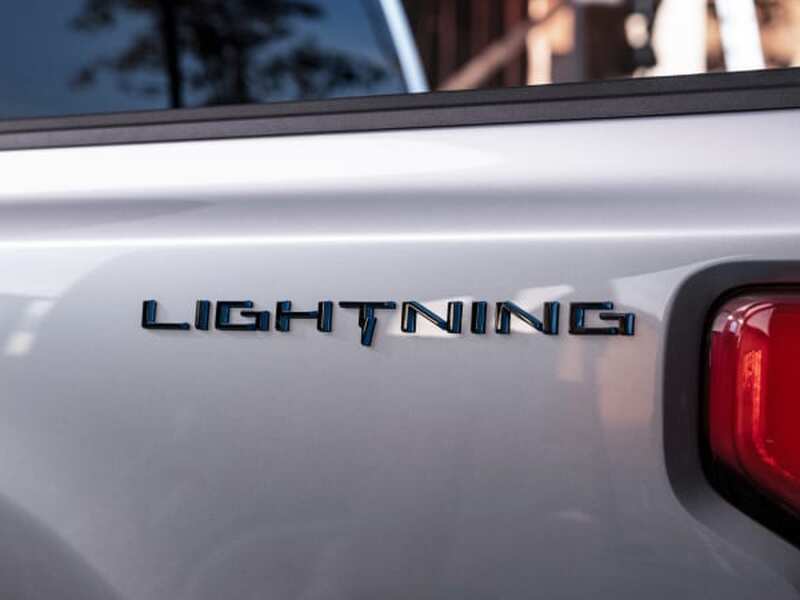 This time, the name will connote electrification and speed

If you think Ford is going to stop at the electrified Mustang Mach-E crossover, you're dead wrong. The folks over at the blue oval are going to try to make history by electrifying its best-selling, highest-margin vehicle, the Ford F-150. Not only is it taking its cash cow and making an all-electric version of it, but it's also taking a name once dedicated to its own performance truck from back in the day: F-150 Lightning.

While there have been no real details provided (other than what you see in the video above), we do know that Ford will make the new Lightning quicker than the original 380-horsepower SVT Lightning from 2004 thanks to all-electric power and its near-immediate torque. Ford also claims the new truck will be able to charge your home from its purported massive battery should the need arise. It will also build the new EV truck at Ford's Rouge Electric Vehicle Center in Dearborn, Michigan starting next Spring.

Those are some mighty bright DRLs and headlights.

The reveal on May 19th will be live-streamed on Ford's Facebook, YouTube, and Twitter accounts, but you can even go and see it in the flesh at locations such as Times Square in New York City and on Las Vegas Boulevard. That's big news for a huge new chapter in Ford's history, as well as for a reveal during a pandemic. Ford is banking on the future of its company and of its best-selling vehicle, ever.

The Ford SVT F-150 Lightning was anything but efficient.

If you're one of those gas-loving truck owners who laments the demise of the raucous SVT F-150 Lightning (0-60 in five seconds and a 148 mph top speed), perhaps its time to get on board the electrified bandwagon because our guess is the new F-150 lighting will do 0-60 in less than four seconds. There's no way Ford is going to win over F-150 customers with some wimpy, underpowered version. Stand by for details, and we'll provide them as soon as the new truck debuts.