The past, the present, the future, all in one 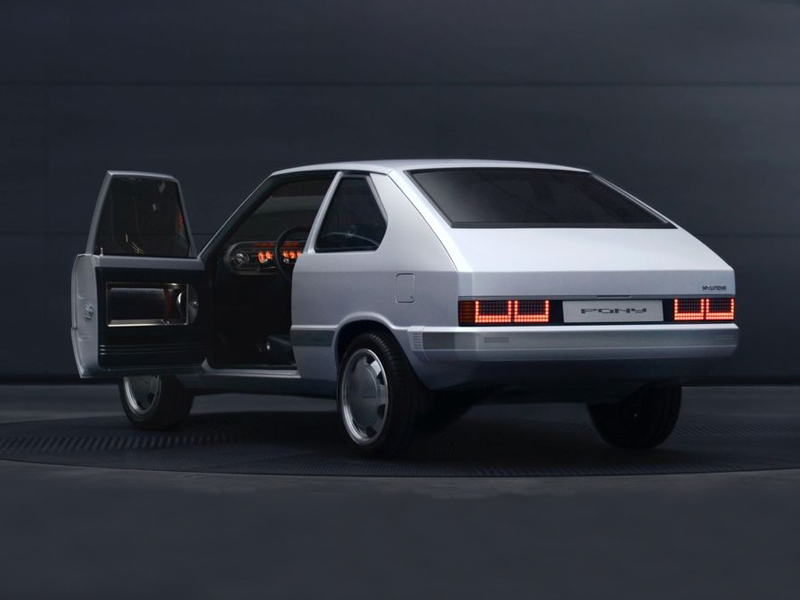 47 years later, the Hyundai Pony gets the modern treatment.

Hyundai will soon start selling its retro-licious Hyundai Ioniq 5 EV, and we're pretty stoked about it. It's based on the famous Hyundai Pony hatchback from the 1970s with its squared-off style, but it also carves its own path in terms of style and provides modern 100% electric power. Well, the brand just merged the two in a singular museum model known as the restomodded Pony Heritage EV. It takes the best of both worlds and makes for one super-cool retro EV.

The base car is a 1975 Hyundai Pony, which has been gutted to make room for a new powertrain and new interior. It showed up on Instagram, of all places, and it was built to celebrate a new customer experience center in Busan, South Korea. The fact that it pays homage to the brand's iconic past while also pointing to its electrified future was a smart move, indeed, and it also reflects the brilliance of its design capabilities. Let's take a closer look at the Pony Heritage EV.

The head and taillights are the most interesting parts of the restomod, with pixilated headlights and bright surrounds. The taillights are an exact copy of the pixilated ones that showed up on the Hyundai 45 Concept. The body is pretty much the same as the original, except it's been refurbished to perfection with what we believe is a new coat of pristine silver paint and some modern wheels that still impart '70s style.

The Hyundai Pony Heritage EV project was led by Hyundai's Interior Chief Designer, Hak Soo Ha. Rather than just an inspired design by the original car, the use of the actual original Pony is brilliant since it's the first generation of the model. It was actually completely disassembled so the modern interior and the powertrain could be installed.

The pixilated taillights make you want to play a vintage video game.

The Hyundai Pony Heritage EV also pays proper homage to the original Pony car designer, the famous Giorgetto Giugiaro. The car debuted at the 1974 Turin Auto Show, and who knew it would hold up so well for nearly half a century. The Hyundai design team, led by none other than Luc Donckerwolke (formerly design chief for the likes of Lamborghini, Bentley, and Audi) did up this restomod perfectly.

The cabin is ever more impressive than the exterior.

Inside, you'll find other modern (and cool retro) touches. The first thing you notice is the vacuum tube-inspired instrumentation, the Italian-style bucket seats, and the ultra-modern and minimalist steering wheel, center console, and door panels. Other hi-tech features include modern fender-mounted cameras, and what's likely to be the powertrain from the Ioniq 5, which would only make sense for this build. The sad part is the fact that only one was built, and we'll never, ever get our hands on it.