It only stopped for gas and to swap out drivers 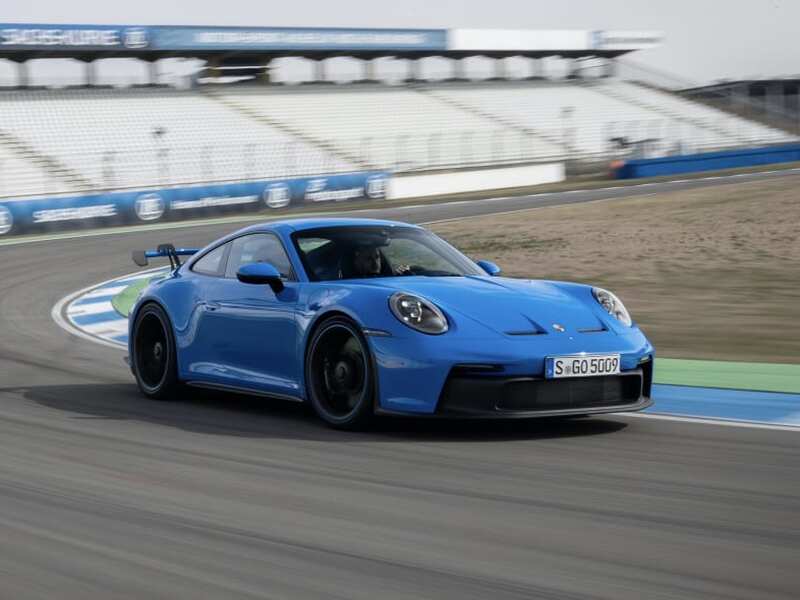 In a word, insanity

We doubt anyone on the planet puts its cars through the kind of testing Porsche does. There's a reason why the Porsche 911 is the most reliable sports car made today. The Stuttgart, Germany exotic automaker issued a news bulletin recently with the rigorous testing details on its ultra-high-performance track beast, the 911 GT3, and it'll make your head spin.

Imagine driving just under 200 mph for hours on end.

First of all, the GT3's naturally aspirated 4.0-liter flat-six engine makes 502 horsepower and 346 lb-ft of torque, and engineers tested it apart from the car itself. They ran it at full throttle for "a very high proportion of time" to ensure durability, as well as putting it through over 22,000 hours (that's about 917 days) on their test rig.

Furthermore, the intricate race-car rear wing was tested in the wind tunnel for 160 hours (over 6 days), and the car itself went through 600 emissions tests, which is significant because the new GT3 has to comply with stringent global emission standards while delivering more power than the previous model (500 horsepower and 339 lb-ft of torque).

More tests to ensure the GT3 is all it can be.

As if all that wasn't mindblowing enough, the final test was the new GT3's pièce de résistance, a 5,000 kilometer (3,107-mile) endurance test on Italy's famous Nardo track at an astounding 186 mph. Just think about that. The same GT3 ran at 186 mph until it ran out of gas, then it only stopped to refuel and swap out drivers (probably only a couple of minutes of break). It did this torture test without fail for a distance that's longer than the 2,789-mile drive from Los Angeles to New York. Do you think your Toyota Camry can do 100 mph for that distance? We doubt it.

The Porsche 911 GT3 would crush this route without a hiccup (if there were no cops, tolls, or bathroom breaks).

Keep in mind that the 186 mph speed the test car did was close to the GT3's top-end speed of 197 mph, so the car was sent close to its limit for just about 17 hours straight. If that's not a test of durability at track speeds, we don't know what is. This means the engine, aerodynamics, electronics, chassis, suspension, wheels, and all componentry has to perform flawlessly when pushed to their maximum for hours on end.

So, when customers drop in excess of the GT3's base price of $161,100, they can be assured that the car will not only perform as promised but do it without breaking down. No buyer will even come close to putting his/her GT3 through that kind of test, ever. Kinda makes you want to drop your life savings on one, right? We're thinking about it, too.