The Next Toyota Crossover Could Be the Fun and Rugged 4Active

Please, because oh how we hate the C-HR 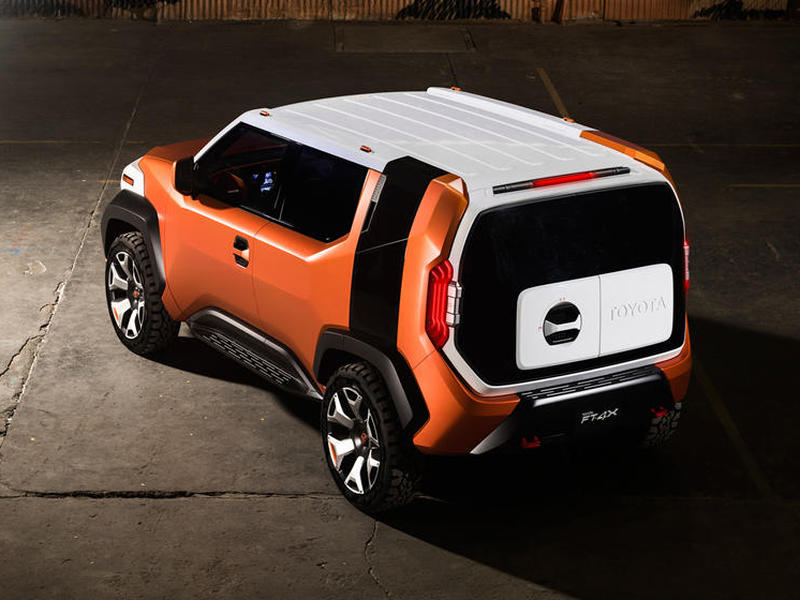 Could the 4Active be Toyota's version of the Jeep Wrangler?

Toyota is on a roll these days. Whereas their lineup pre-2018 seemed to be a bit vanilla (we still love the 4Runner, 86, and Land Cruiser), the current crop of Toyota vehicles is better than ever (Corolla, Corolla Hatchback, Camry, Avalon, Supra, especially). But they need more in terms of crossovers. Sure, they have to seriously update most of their off-road fare since really only the Highlander and RAV4 are brand new, and those are primarily for on-road driving.

The FT-4X Concept bowed in 2017, but it could be the inspiration for the 4Active.

Now, it looks like Toyota has trademarked the name "4Active", and that name could point to a new vehicle that slots in above the rather weird C-HR crossover and below the RAV4, both of which are not off-road leaning. The 4Active could very well be the production version of the awesome FT-4X Concept off-roader from 2017, and that's a very good thing.

The FT-4X was designed for active lifestyles and had more ground clearance than the C-HR (not a high bar, folks), and it had AWD (also unlike the C-HR). The brand was trying to see what public reaction was to the concept in order to possibly move forward toward production.

While Toyota does have the 4Runner, it's not exactly great on pavement or highways, and Toyota wants something at a lower price point that actually appeals to buyers who want to take their vehicles off-road and adventuring that doesn't compromise much on-road. The 4Active would probably have a small four-cylinder engine with four-wheel drive and low-range capability. It would use Toyota's new TNGA platform (the FT-4X used the Toyota New Global Architecture-C unibody platform).

The 4Active probably won't get all the fancy doodads from the FT-4X, but hopefully it could get a few goodies. The concept car had vents that angled down to the front bins to dry gear, a removable audio system for camping tunes, water bottle door handles, and a North Face sleeping bag in the armrest. We're guessing those latter two won't happen. The crazy orange interior is a possibility, and maybe even the cool urban camo seat pattern.

Though Toyota hasn't confirmed anything, we love to speculate that this could become a reality, and the segment choice makes total sense. They need something to spice up their rather dated off-road lineup, and now that we know the Land Cruiser will probably disappear, it only seems right for the brand to do something that's fun and more approachable in terms of size and price.