Your week's auto news all in one spot 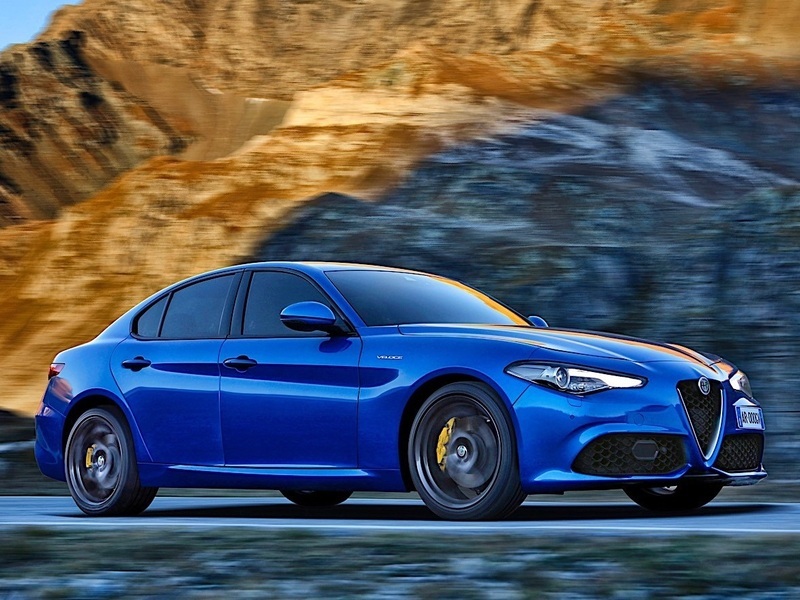 With the holidays right around the corner, we get that you don’t have a whole lot of time to browse through various automotive news stories to find the best and most interesting things out there. That’s why we thought it best to round up the latest news articles we've covered into one quick and easy to digest post. Take a peek at the stories below and click through to the full article if something catches your attention.

Between the Giulia Ti and the Giulia Quadrifoglio, there’s 255 hp. We think that chasm is ridiculously large, and FCA seems to agree. That’s why the company is supposedly working on a Giulia that would slot in between the two current cars. It's just rumored at this point, but a rumor we hope is true. Apparently, a car called the Veloce could pop between the Ti and Quadrifoglio and make 350 hp.

The Tesla Model 3 Gets Dinged on Quality

Telsa can’t seem to keep out of the news, and that shouldn’t be a bad thing. However, it is when the news is about the company’s latest vehicle having quality issues. Apparently, multiple reports cite poor quality in the new Model 3. Also, a number of investors were shown the car and they, too, noticed its “relatively poor” quality, fit, and finish.

The Revised 2018 Mazda6 Gets Power and Style Bumps

Mazda made some changes to the already good Mazda6 for 2018. A few images of the company’s latest iteration of the car showed up and some interesting information as well. Apparently, the new car will feature some design and styling tweaks as well as a new turbocharged 2.5-liter four-cylinder. Mazda plucked it from the CX-9 and dropped it in the Mazda6. It should make for one heck of a car.

Troubles Elon Musk’s endeavors this week. In addition to the story listed above, Musk also seems to have some issues with his new company, Boring Co. The company’s plan is to build a hyperloop underground. Musk thought he got some kind of approval, but it appears that what he thought was approval was actually “verbal government excitement,” according to government tech advisor, Reed Cordish. At this moment, the doesn’t seem to have a green light.

Tesla needed something good in the news, and its new EV Semi Truck is exactly that. The Semi Truck could revolutionize the shipping industry and save people a lot of money in operating costs. The truck can travel 500 miles per charge and carry 80,000 lbs. With that kind of capacity and range you the trucking business could get a whole lot quieter and cleaner.