Is the leading EV company leading customers on? 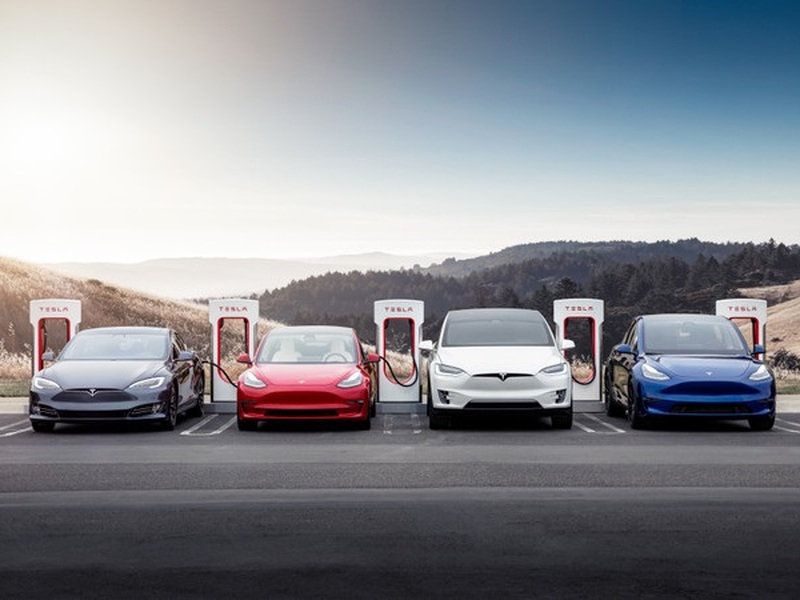 Tesla is synonymous with innovation, technology, and efficiency. The automaker is leading electric car sales by wide margins, and there are numerous reasons why car shoppers around the globe are flocking to the brand. Part of Tesla's success lies in the company's image as a status symbol and its groundbreaking tech, but a large portion of buyers are attracted to the convenience and financial benefits that an electric vehicle provides. Tesla might be acing its sales strategy, but now it's coming under fire for failing EPA range testing, not once, but twice.

The Tesla Model 3 standard range came in at 7.2% under its estimated EPA range.

Automotive website, Edmunds, conducted its initial EV range test in February of 2021. The test measured real-world vs. EPA range of every electric vehicle available in the U.S. and Tesla's results came back less than impressive, to say the least. According to Edmunds, "To date, every Tesla vehicle we've run on our real-world test route has failed to hit its EPA range estimate within the testing parameters, whereas most non-Tesla vehicles have surpassed their EPA estimates".

The testing parameters Edmunds refers to involved starting with a full battery charge and then driving the electric vehicles on a mix of city and highway until the battery is nearly empty (10 miles of remaining range was left for safety in this test). The miles traveled and remaining range are then added for the total tested range number. When all was said and done, each of the five Tesla models evaluated came in under their EPA range estimates.

Even though the Tesla Model 3 Long Range landed at the top of the leader board compared to the other EVs tested, it still fell short of the estimated EPA range by 2.3%, coming in at 345 miles vs. the estimated 353 miles. More shockingly, Edmunds tested a 2019 Tesla Model 3 Performance model which only made it 256 miles, 17.4% under its EPA target of 310. The remaining Tesla models including the Model Y, Model X Long Range, and Model S all underperformed when compared to their EPA ratings.

In Tesla's defense, there are a variety of factors that impact real-world range results such as temperature and driving conditions, but that doesn't change the fact that most of the other vehicles tested by Edmunds came in over their predicted EPA ranges. Most notably, the 2020 Porsche Taycan 4S got 323 miles of range (nearly 60% over its EPA estimated 203 miles).

When Edmunds published the results, they naturally ticked off a few of Tesla's engineers, but the automaker had a counter-argument prepared claiming that Edmunds didn't account for the entire range of its lineup's batteries. According to Tesla, Edmunds ignored its safety buffer in the EPA range experiment. The safety buffer includes the additional miles a vehicle can travel after an indicated zero, and when included, Tesla argued that its vehicles will match EPA results.

In Edmunds' follow-up test, the Model S hit its EPA targets, but most Teslas failed yet again.

The rebuttal from Tesla spurred Edmunds to do a follow-up EPA range test, this time, driving the vehicles until they ran out of juice entirely. The test was set up in a more controlled environment, taking place on a 7.5 mile closed course on a proving ground in the Mojave Desert. Here, it would be safe to run the batteries to empty and force the vehicles to a complete stop (not advised on a public highway). Edmunds' team would take turns driving each of the test vehicles on the track at a consistent speed of 65 miles per hour.

Five vehicles took part in the retest including three Teslas: the 2020 Model 3 Standard Range Plus, a 2021 Model 3 Long Range and a 2020 Model Y Performance, and two control vehicles: a 2021 Ford Mustang Mach-E and a 2021 Volkswagen ID.4 (both control vehicles met their EPA estimates). Each vehicle was charged at the same temperature overnight to 100%, and all other variables like tire pressure and automatic climate control were kept consistent.

After completing the follow-up test which included the safety buffer, some Tesla models were vindicated. The 2021 Tesla Model 3 Long Range and the 2020 Tesla Model S Performance met their EPA range estimates on the range loop, but under the conditions that they were charged to 100% capacity (not recommended on a daily basis), driven in a temperate climate and pushed past the indicated zero range (also not recommended). Even under these controlled conditions, the 2020 Model 3 Standard Range Plus, 2020 Model Y Performance, and the 2018 Tesla Model 3 Performance still failed to meet EPA estimates.

What do these Results mean for Tesla Customers?

Although Edmunds' experiment can appear to undermine Tesla's promoted range numbers, that isn't the message the auto site wants to get across to shoppers. In fact, Tesla's range numbers are still at the top of the overall leaderboard, with the Model 3 Long Range coming in at an impressive 345 miles of range. However, there are some important takeaways from the testing that consumers should keep in mind.

The follow-up test showed that there was no consistent safety buffer in electric vehicles, even across Tesla models. Drivers should never count on the safety buffer in real-world driving scenarios and shouldn't even come within 10 miles of the range limit. Not only does it pose a threat of running out of juice, but it also damages the battery. EV owners should also charge vehicles to 90% or less on a daily basis, not 100% as Edmunds did in the experiment.

Finally, a key takeaway is that EPA estimates are just that - estimates. Conditions like cold climates, overly aggressive driving and highway driving at consistent speeds vs. city driving will all impact real-world EPA range numbers. So, is Tesla intentionally bloating its range numbers to deceive consumers? Probably not, but it may want to consider leaving the safety buffer out of the equation.