How Tesla's Competition Made the Automaker Profitable in 2020 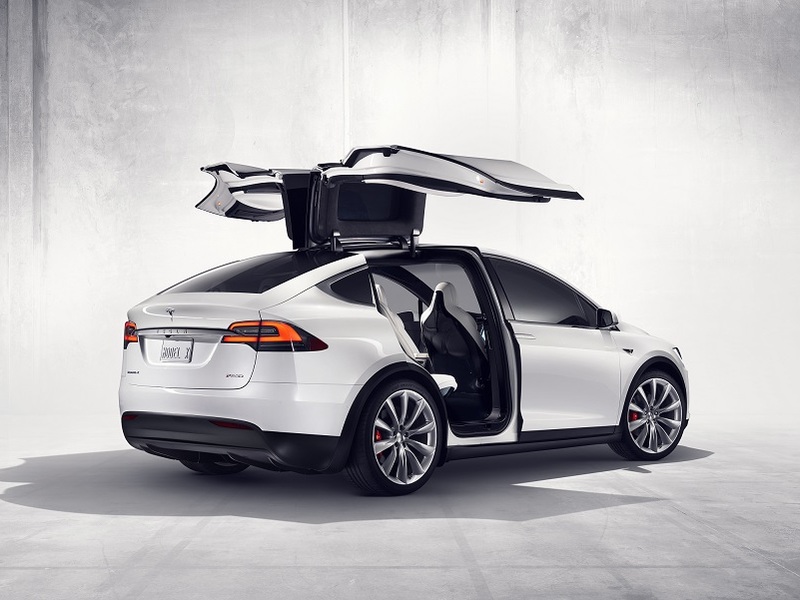 2020 marked the first profitable year for Tesla, but it wasn't from car sales alone. (images: Tesla)

Love him or hate him, you can't argue with the fact that Elon Musk is dominating the electric vehicle segment with Tesla's lineup. The luxury EV company offers something for nearly everyone willing to give electric cars a shot. There's the (relatively) affordable Model 3, the premium Model S, the luxurious Model X SUV, and the entry-level Model Y SUV. For truck fans, there's also the new Tesla Cybertruck in the works. Focusing exclusively on electric power not only allows Tesla to build exceptional cars but also helps Elon stay ahead of the competition. Ironically, the competition is willingly extending Tesla's lead thanks to something called the Zero Emissions Vehicle (ZEV) program.

As you can see in the table above from the U.S. Department of Energy, Tesla has dominated EV sales since 2018 - by a lot. The entry-level Model 3 accounts for nearly 50% of the market share alone. Yet, market share doesn't guarantee profits, especially when EVs make up less than 2% of the entire automotive market. Luckily, Tesla has found a lucrative business in selling ZEV credits to other automakers which helps boost the automaker's profits.

Even the Model 3's runaway lead wouldn't have made Tesla profitable without ZEV credits.

The Zero Emissions Vehicle program originated in (you guessed it) California and has been adopted by nearly a dozen states including Oregon, Colorado, Maryland, New Jersey, New York, Connecticut, Rhode Island, Massachusetts, Vermont, and Maine. According to Current Automotive, ZEV is a regulatory credits program that mandates automakers sell a certain number of battery-electric, hydrogen fuel cell, and transitional Zero Emission Vehicles like plug-in hybrids. If an automaker fails to meet the threshold of required credits, they receive a fine. ZEV credits are awarded when an automaker sells compliant vehicles within the ZEV states and here's the kicker - they can also be bought and sold between automakers.

As of 2020, 11 states were part of the program (highlighted in blue). Source: Current Automotive.

Because Tesla only produces EVs, Elon is not losing sleep over the ZEV regulations. In fact, Tesla has plenty of ZEV credits to spare and sells them off to automakers who don't produce as many electric cars and have trouble meeting the credit requirements. 2020 marked the first full year of net profits for Tesla, and it has the ZEV program to thank for the milestone. According to CNN Business, Tesla brought in $3.3 billion from selling credits over the last five years, with nearly half of that in 2020 alone. With a whopping $1.6 billion coming in from regulatory credits and a net income of  $721 million, Tesla would have posted a loss last year if it weren't for selling credits.

Even automakers like General Motors that claim to be hyper-focused on electrification end up turning to Tesla for help in meeting the regulatory criteria. Both FCA (now Stellantis) and GM disclosed that they bought zero-emissions credits from Tesla in 2019. As GM told Tech Crunch, “We do not need credits for compliance today, but purchasing credits is permitted under the regulations and is used as an insurance policy against future regulatory uncertainties,”

How Long can Tesla Count on ZEV Credits?

Selling EV credits may have tipped Tesla into profitable territory last year, but is this business model sustainable? The states that have the ZEV program in place plan to increase requirements for green vehicles in the next few years, so the demand for credits will remain strong. While it's good news for Tesla in the short-term, the automaker shouldn't count on this source of profitability to sustain it.

Automakers are setting aggressive targets for producing their own EVs which will reduce their reliance on purchasing credits from Tesla. GM has committed $7 billion to electric and autonomous tech and plans to produce 30 EVs by 2025, while Stellantis has announced it will add 10 new electrified vehicles by the end of the 2021. Tesla's CFO, Zachary Kirkhorn, recognizes that the profitability of ZEV credit sales may be short-lived stating on an earnings call last year: “We don’t manage the business with the assumption that regulatory credits will contribute significantly to the future.”